• The new electricity infrastructure, 64.5 km in length, has represented an investment of 700 million euros and will double the interconnection capacity between the two countries.

• Started in 2008, the project has been, for both Red Eléctrica de España (REE) and Réseau de Transport d’Électricité (RTE), a technological challenge on the road towards the single European energy market 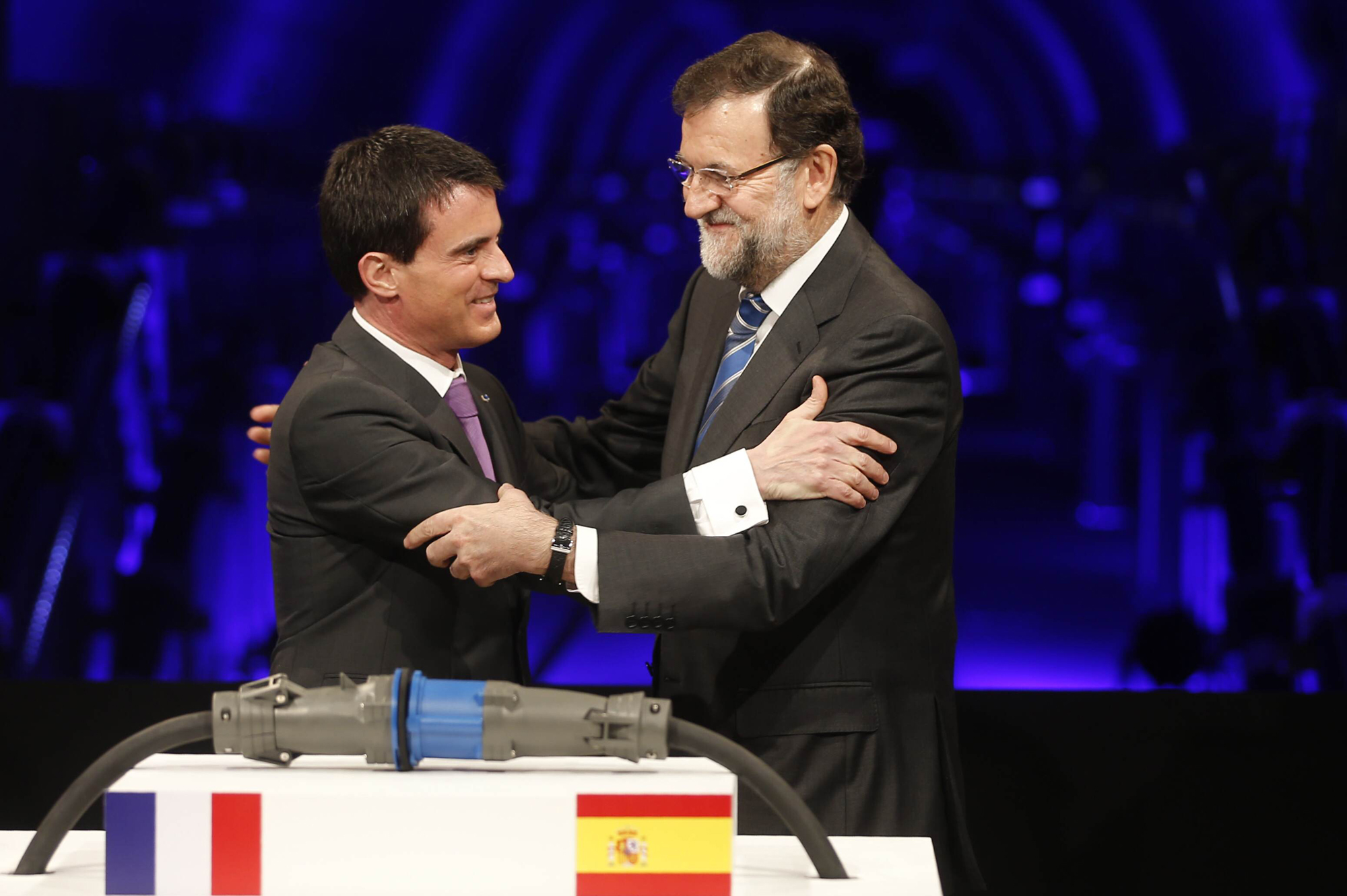 The new electricity infrastructure, with a length of 64.5 kilometres and entirely underground, has represented an investment of 700 million euros and will double the interconnection capacity between Spain and France, from 1,400 megawatts to 2,800. This project symbolises the three axes of the European energy policy, as it helps increase the security of supply of electricity in Europe, combat climate change and further the development of the single European electricity market.

During the inauguration, José Folgado, Chairman of Red Eléctrica, highlighted that the project "represents an important step in building the internal energy market" and expressed his satisfaction at "carrying out this technological challenge with scrupulous respect for the natural environment and with the support of the municipalities through which the route passes".

For his part, the Chairman of RTE, Dominique Maillard indicated that this engineering work "is more than just a line, as it is a contribution towards the construction of European electricity intelligence, which will enable the transmission of safer, cheaper and cleaner electricity throughout Europe."

The interconnection between Spain and France, which will come into commercial operation in June following the current testing period, doubles the electricity exchange between the two countries, strengthens the security of the electricity supply and enables a greater integration of renewable energies into the European electricity system. At a local level, it guarantees the supply to the regions of Gerona and the Roussillon and provides the energy needed to power the high speed train between Barcelona and Perpignan. In addition, its commissioning will allow a saving of one million tonnes of CO2 per year.

The 64.5 kilometres line links the towns of Santa Llogaia near Figueras (Gerona), with the town of Baixas, near Perpignan. The route is completely underground, through the use of a concrete trench, except for the stretch that crosses the Pyrenees which passes through an 8.5 kilometre tunnel that runs parallel to the high speed train line.

This new electrical interconnection between Spain and France represents the achievement of different technological milestones in the global arena, as it is the first time that an underground interconnection of this length and with a power capacity of 2,000 megawatts has been carried out. In addition, a new type of cable for the transmission in direct current of voltage levels of 320 kV has been developed. The technological development has also been applied to the converter stations which have been built at each end of the line, making them unique in the world due to their technology and their capability to reverse the direction of flow of the energy exchanges between Spain and France in just 50 milliseconds.

In this project, more than 500 companies were involved, most notably Prysmian, responsible for manufacturing the cable, and Siemens, which has built the two converter stations, one at each end of the line. Tunnel boring through the Pyrenees was carried out by a business consortium led by Eiffage TP and Dragados and the civil works have been performed by another, formed by Ferrovial and Thépault.

Red Eléctrica’s mission is to ensure the global operation of the electricity system, while ensuring the quality and security of supply. To do this, it operates the system in real time, keeping in constant balance both the generation and power consumption of Spain, every day of the year, 24 hours a day.

In addition, as transmission agent and operator of the transmission grid, it has the responsibility to develop, expand and maintain the high voltage electricity infrastructure under homogenous and coherent criteria. It is the owner of an extensive meshed grid of over 42,000 kilometres in length, with excellent performance indicators regarding quality of service.

Red Eléctrica performs these functions in both the peninsular electricity system and the non-peninsular systems in order to provide the whole of society a secure, efficient and sustainable electricity service.

Thanks to its experience and technical expertise, both in terms of infrastructure as well as in the field of electricity flows and the organisation of the electricity market, RTE contributes daily to the application of the European energy policy and the implementation of the energy transition.